Rewrite refers to the rewriting of some information in the Citrix ADC appliance’s requests or responses. Rewriting can assist in providing access to the requested content while avoiding exposing unnecessary details about the actual configuration of the Web site. The following are a few examples of when the rewrite feature comes in useful.

Consider the payload as a raw stream of bytes when rewriting TCP payloads. Each virtual server that manages TCP connections must be of the TCP or SSL/TCP type. TCP rewrite refers to the rewriting of TCP payloads that are not HTTP data. Any part of the TCP payload can be added, modified, or deleted in TCP traffic.

A bind point is a point in the traffic flow where the Citrix ADC examines the traffic to determine whether it can be rewritten. A policy can be bound to a specific load balancing or content switching virtual server, or it can be made global if you want the policy to apply to all traffic handled by the Citrix ADC.

These policies are known as global policies. The Citrix ADC has some default policies in addition to user-defined policies. A default policy cannot be changed or deleted.

It should be noted that Citrix ADC can only apply a rewrite policy when it is bound to a point.

• When multiple policies are bound to the same bind point, the Citrix ADC evaluates them in the order of their priority. The highest priority policy is evaluated first. Following the evaluation of each policy,

After all policies have been evaluated, or when a policy’s Go to Expression is set to END, the Citrix ADC begins performing the actions on the list of actions.

The diagram below represents how Citrix ADC processes a request or response when the rewrite feature is enabled. 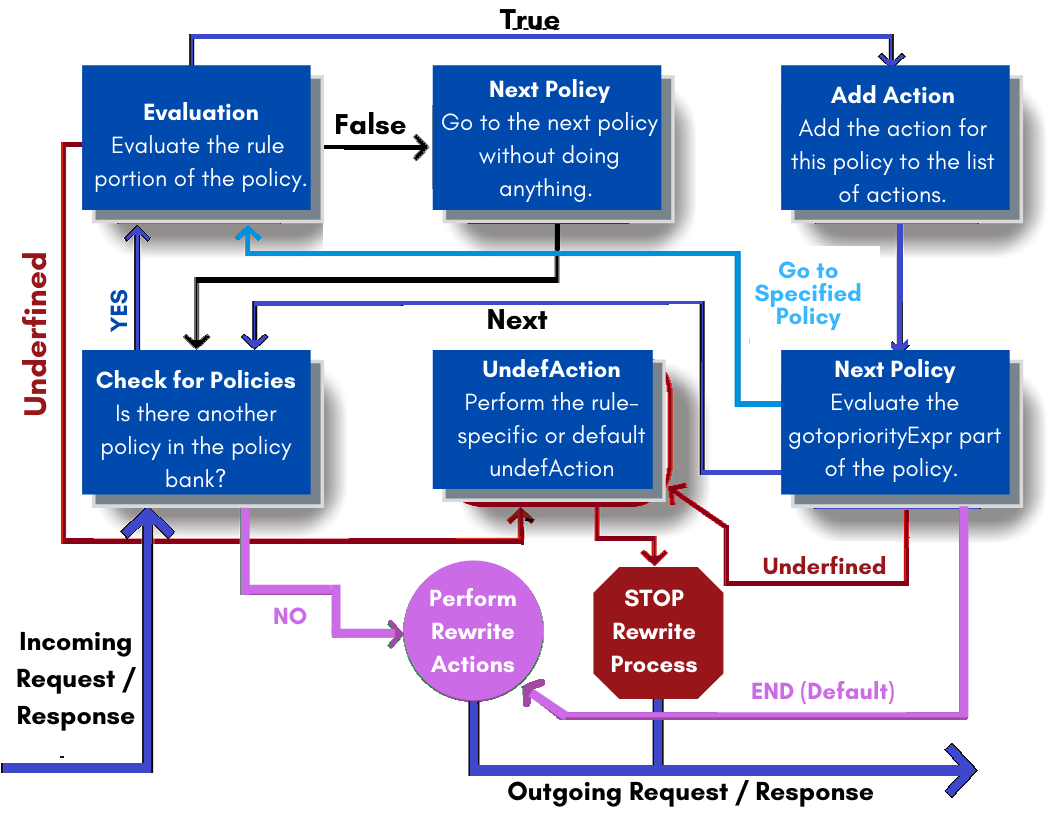 The table below describes the actions that the Citrix ADC can take when a policy evaluates to TRUE.

Insert The rewrite action specified for the policy is carried out.

NOREWRITE The request or response is not rewritten.

Citrix ADC forwards the traffic without rewriting any part of the message.

RESET The connection is aborted at the TCP level.

DROP The message is dropped.

You can create the action according to the requirement.

To use the Rewrite feature, take the following steps:

• Enable the feature on the Citrix ADC.

• Bind the policies to a bind point to bring a policy into effect.

Note: The term OTHERTCP refers to all TCP or SSL-TCP requests and responses that you want to treat as a raw stream of bytes regardless of the protocols that the TCP packets encapsulate in the context of the Citrix ADC appliance. You assign a priority to a policy when you bind it. The order in which the policies you define are evaluated is determined by the priority. The priority can be set to any positive integer. Policy priorities in the Citrix ADC operating system work in reverse order – the higher the number, the lower the priority.

The effect of a specific action policy on a request or response, on the other hand, will frequently differ depending on whether it is performed before or after another action. Priority is essential for achieving the desired results.

By setting priorities with intervals of 50 or 100 between each policy when you bind it, you can leave yourself plenty of room to add other policies in any order and still have them evaluate in the order you want. If you do this, you will be able to add new policies at any time without having to re-assign the priority of an existing policy. 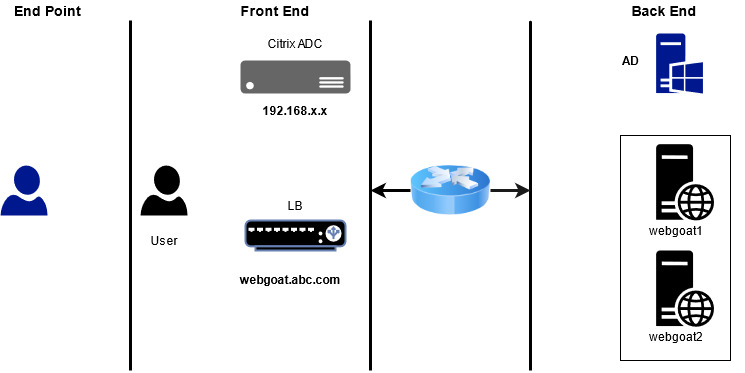 In This environment we have two web application node for WebGoat website. We already configured load balancing on Citrix ADC for web Application Webgoat1 and webgoat2 and our load balancer FQDN is webgoat.abc.com and Load Balancer IP 172.21.10.x1 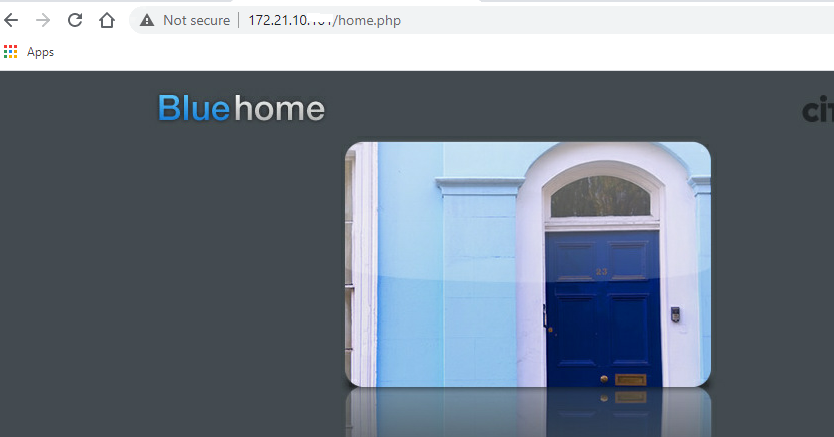 Note: we want to set home.php page as landing page for user

Step-4: Create a Rewrite action that will replace the URL path to “/home.php”: 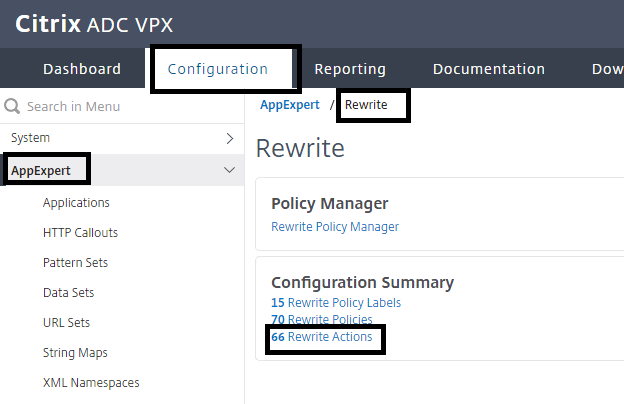 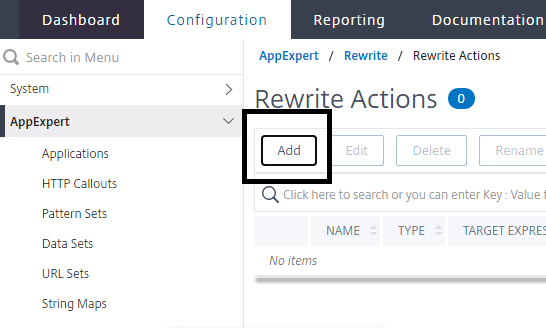 • Enter rw_act_sendtohome in the Name field.
• Select REPLACE in the Type field. This designates the type of rewrite action to perform.

• Configure the target expression: This identifies the element of the request to replace

• Configure the value expression, which identifies what to replace the target with: 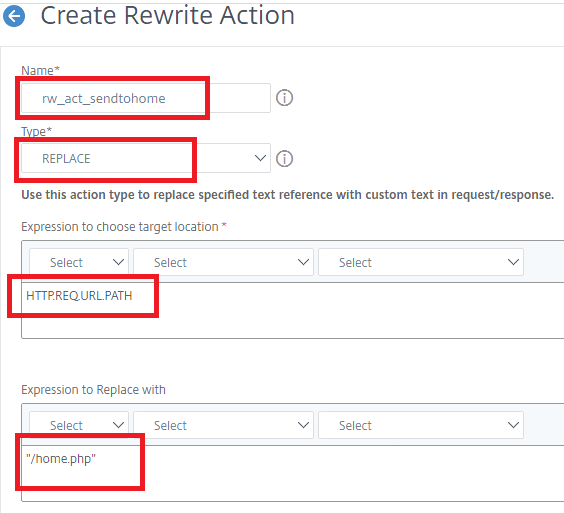 Step-5: Create a rewrite policy to replace the original URL only when users access the default path (“/”). 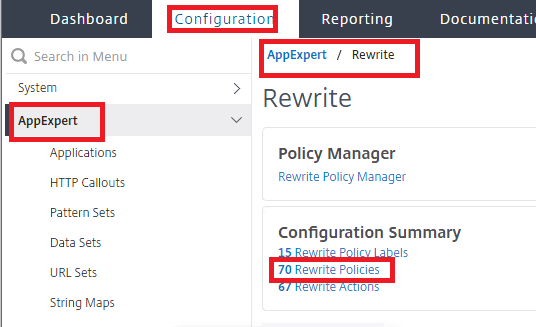 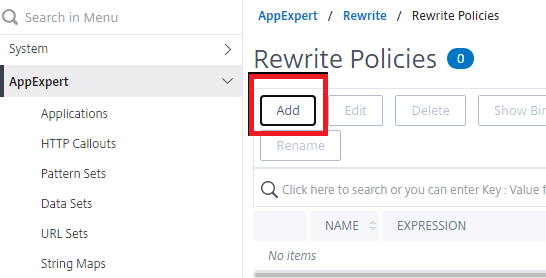 Configure the expression for the policy so it only applies when default path (“/”) is requested by users: 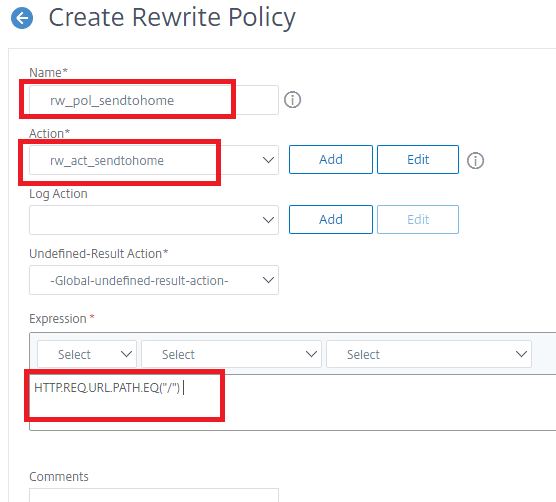 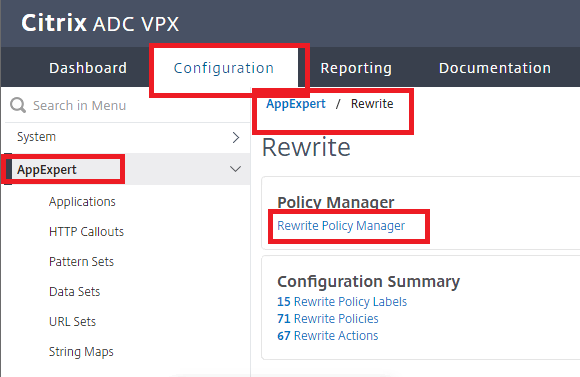 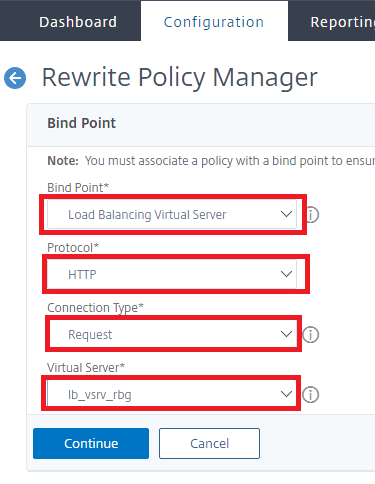 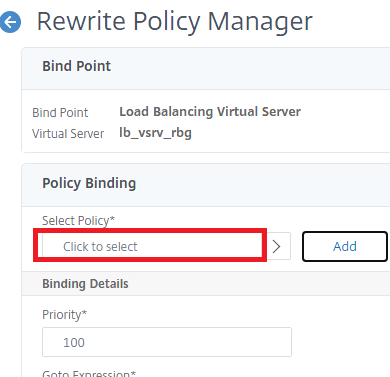 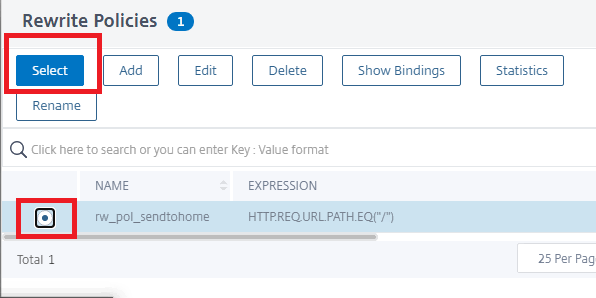 • Priority should automatically show 100, otherwise enter that value.
• Select Next in the GoTo Expression. 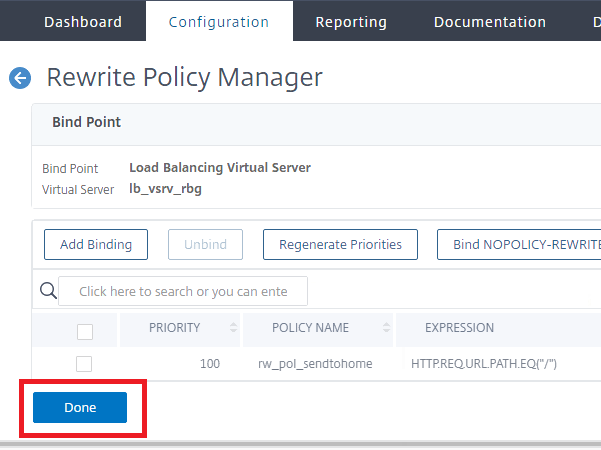 Client make a request for (“/”) page but Citrix ADC modifies the request sent to the server and fetches “/home.php”.